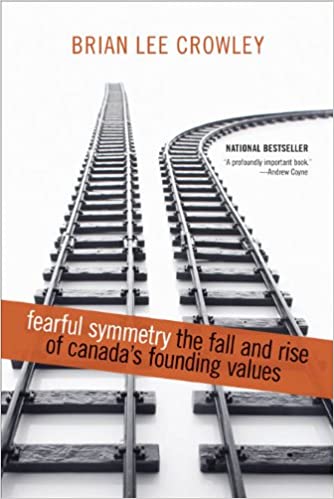 Two forces have shaped Canada profoundly in the last fifty years: the entry of Boomers into the workforce and the rise of a separatist Quebec nationalism. Large-scale unemployment plus the threat of the breakup of the country caused Canada to jettison its traditional values—a ferocious work ethic, a commitment to the family as the most important social institution, a suspicion of overweening government and an aversion to dependence—in favour of a vast expansion of the welfare state. We rapidly became a nation of “takers” rather than the “makers” we had always been. But the tide is about to turn with a vengeance: the Boomers are retiring and Quebec nationalism is increasingly a spent force, presaging a resurgence of our founders’ values that had served us so well. Thought-provoking and meticulously documented, Fearful Symmetry will change the way you think about Canada.

Fearful Symmetry was finalist for the 2010 Fisher International Memorial Award.