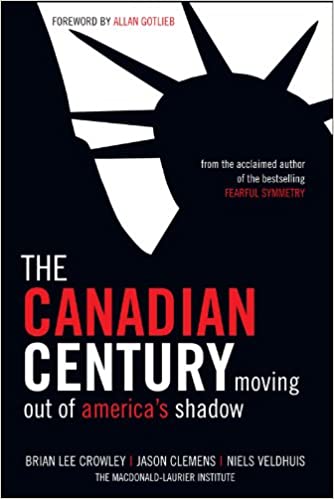 One hundred years ago a great Canadian, Sir Wilfrid Laurier, predicted that the twentieth century would belong to Canada. He had a plan to make it so.

What happened? Canada lost sight of Laurier’s plan, and failed to claim its century, dwelling instead in the long shadow of the United States.

In a bold, fascinating and thought-provoking call to arms, Crowley (author of the national bestseller Fearful Symmetry) and co-authors Jason Clemens and Niels Veldhuis envision Canada’s emergence as an economic and social power. While the United States has been squandering its advantages — including making a series of bad decisions that precipitated a global economic disaster from which it struggles to emerge — Canada finds itself on a path leading out of the shadows and into a new prosperity that could — if we stay the course — make us the envy of the world.

It won’t happen without effort, however. We must be prepared to follow through on reforms enacted at the end of the twentieth century, completing the work already begun. If we succeed, Canada can and will become the economic outperformer that Sir Wilfrid Laurier foretold, a land of work for all who want it, of opportunity, investment, innovation and prosperity. America’s performance, by contrast, risks trailing ours until they
embrace Canadian-style courageous and far-seeing reform.

Laurier did indeed predict the Canadian Century. He was absolutely right; he was merely off by 100 years. 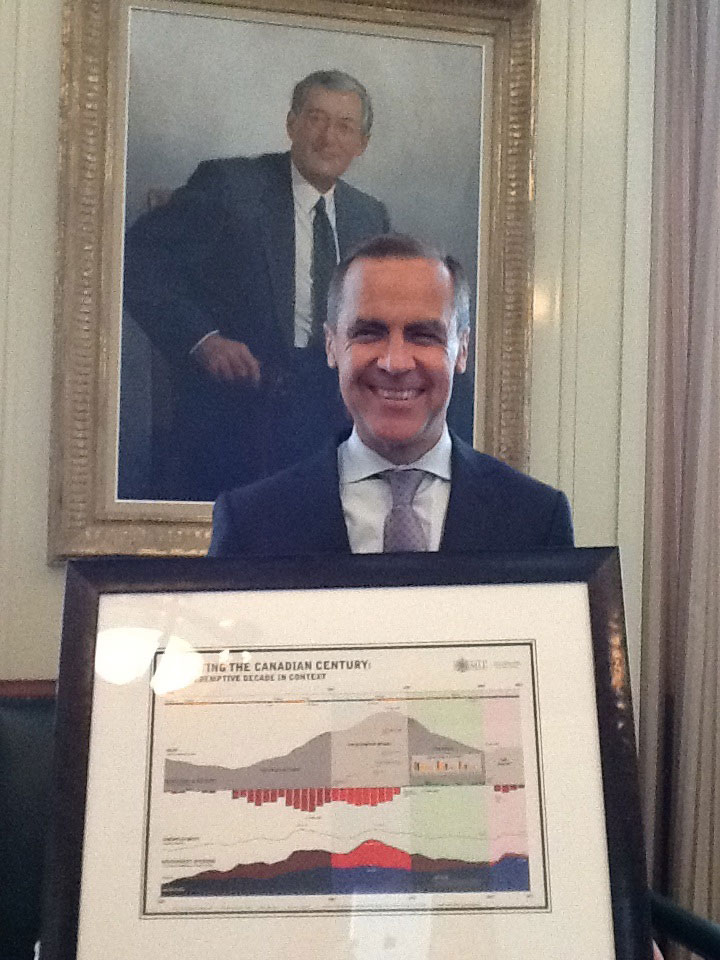 From the Macdonald-Laurier Institute

May 27, 2013 – Bank of Canada Governor Mark Carney, who will be leaving at the end of the month to become the Governor of the Bank of England, is a big fan of MLI’s award-winning book, The Canadian Century. As a going away gift we presented him with a framed copy of the infographic which summarizes the book’s story, and formed the backbone of the two videos we produced telling the story of Canada’s fiscal reforms to both Canadians and Americans. Mark Carney, widely regarded as the “steady hand” that helped keep Canada’s fiscal position strong throughout global economic slowdowns and crises, says he will proudly display the infographic in his new office at the Bank of England.